What better way to celebrate International Women's Day with your girlfriends than a line-up of inspiring films that feature the best portrayals of powerful women?

With International Women's Day approaching, Bandra Film Festival’, a digital film festival by Filmkaravan in collaboration with YouTube will be showcasing 4 inspiring films that celebrate the passion and resilience of women in all age groups. The four films which will release on Bandra Film Festivals Youtube Channel on the 8th of March 2021 are 'Amu' starring Konkana Sen Sharma and directed by Shonali Bose, 'Leeches' directed by Payal Sethi & starring Sayani Gupta, 'Neem Jamun' directed by Kamal Moolwani & starring Bhagwant Kaur Minhas and 'Sita Sings the Blues', directed by Nina Paley in which the legendary jazz singer, Annette Hanshaw has lent her voice to the character of Sita . These poignant tales of women from various walks of life showcase resilience and unmatched strength that women inherently possess but often undermine their capabilities due to archaic conditioning and societal obligations. The films are thoughtfully curated to reach out to women and remind them of their inner strength and potential.

Talking about the movie, Sita sings the Blue, Pulitzer Prize Winning American Film Critic Late Roger Ebert had stated, "Sita Sings the Blues." is a version of the epic Indian tale of Ramayana set to the 1920's jazz vocals of Annette Hanshaw which I began watching and was enchanted. I was smiling from one end of the film to the other. It is astonishingly original and brings together four entirely separate elements combining them into a great whimsical chord. One remarkable thing about it was how versatile the animation is, and how Paley very beautifully synced her life story and singing and dancing with recordings of the American jazz singer Annette Hanshaw, a big star in the 1920s and 1930s who was known as "The Personality Girl." The posters look fiery and this for sure looks like a power packed and impactful streak of line up for the week ahead. These films can be viewed on the Bandra Film Festival YouTube channel and audiences can support a film by making donations on a Milaap Donate link set up on the Bandra Film Festival website & on the BFF Youtube channel as well. 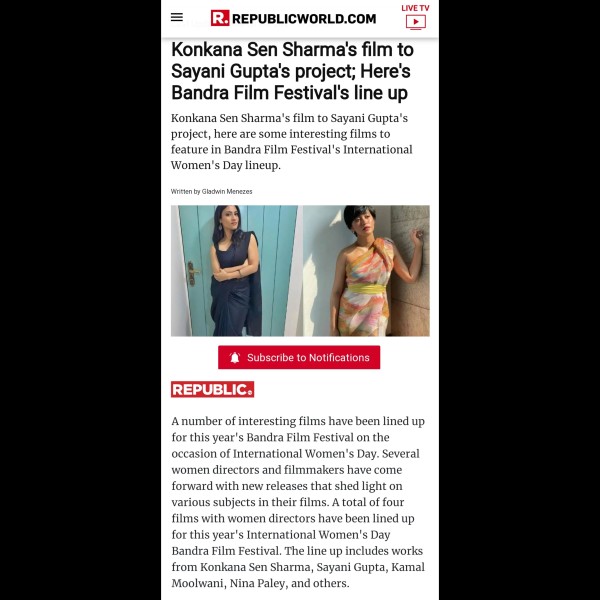 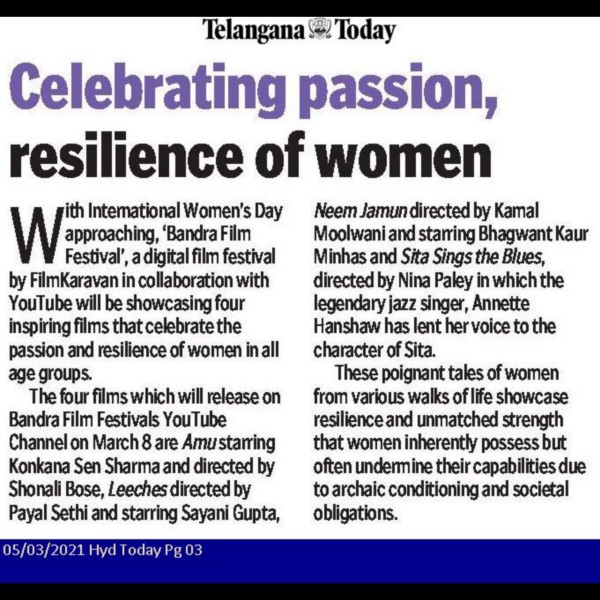 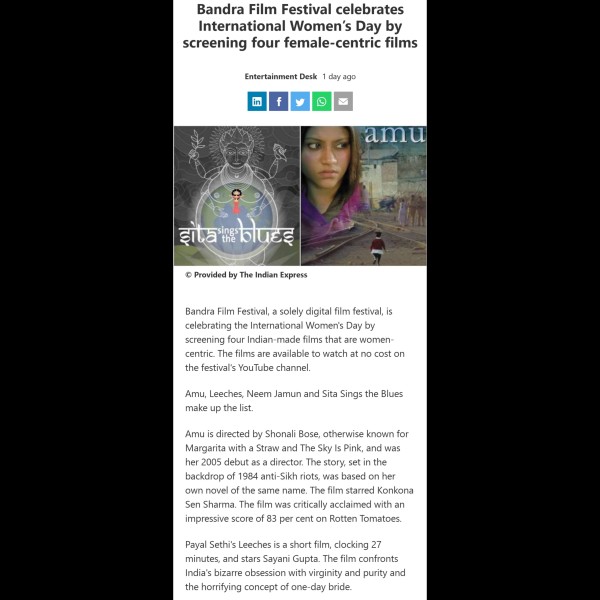